HOW THE SNAKE INJECTS ITS VENOM

Some of the snake which live in hot countries ,such as cobras and puff adders ,are so poisonous that of any one is bitten he or she dies in a few minutes unless a doctor is there to give the proper injection or the wound can be cut open and the poison go out.Nature has made some snakes poisonous so that they can defent themselves and can easily kill any animals or bird they catch to eat.The poison comes from two fangs.These are long, hollow teeth in the upper jaw,.The poison is in a little bag at the base of each tooth.When the snake bites anything the teeth press on the bags and squeeze them.Then a few drop of poison run down the hollow tooth into the wound. 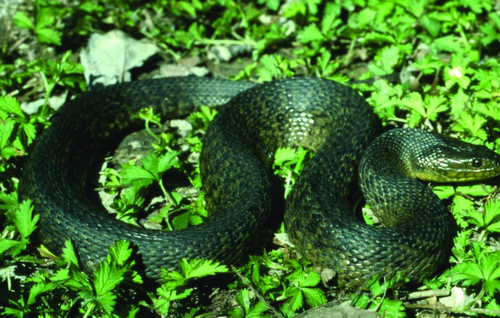 Dangerous snakes that eat other members of the same family

Some snakes live on other snakes.one of these is the. KING COBRA.It catches snakes and swallows them head first. It is the most dangerous snake in India .It's poison is very deadly and it will attack people when it sees them.If you kill one it's mate will look for you to attack you . You have to get away as quickly as you can,for the king cobra is about twelve feet long and can  move much faster than a man can run.
This website was created for free with Own-Free-Website.com. Would you also like to have your own website?
Sign up for free