The birds of prey are cruel creatures, that is,when we judge them according to our idea of cruelty.The are the outlaw of the bird world.hated and stunned by all the small species .They obtain their living by killing other small birds and mammals,but we should not blame them, for after all they are simply following the habits of their race,and also to preserve the balance of Nature.if there were no birds of prey,the smaller birds and the rats and nice would increase to such an extent that they might become a plague , and so nature has provided policemen of the air to keep these creatures in check.

The wonderful peregrine falcon is one of the boldest and most fearless birds of prey.the female is much larger than her mate,and when on the pool.for food she is terrible  creature for any other small birds to meet.She will case and strike down birds heavier than herself ,but her chief prey consists of pigeons,and although the latter are among the swiftest fliers in the bird world,she is always a match for them 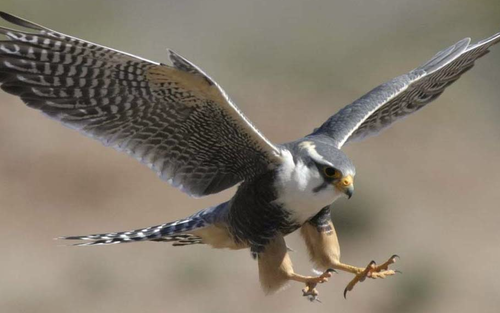