The kiwis of New Zealand ,of which there are three species,may be compared in size to a domestic hen.Their wings are extremely small,so much so, indeed ,that they are entirely concealed beneath the birds' hair like plumage. Kiwis are nocturnal in habits, spending daytime fast asleep within the shelter of a underground hole.so soundly so they slumber that it is possible to pick them with out their being awakened.At night they come forth from their hiding place to seek their food, which consists chiefly of earth worms .When hunting for these they thrust their long beak deep into the soil,and produce a continual sniffing sound throuh their nostrils.

The female kiwi lays her one,or sometimes two, white eggs within her underground burrow , and then leaves them to be incubated by the male.the eggs are remark able for their enormous size.weight fourteen and a half ounces or more than six times the weight of an av domestic Ben's egg .The kiwi is no larger than the latter birds.Instantfwd.com 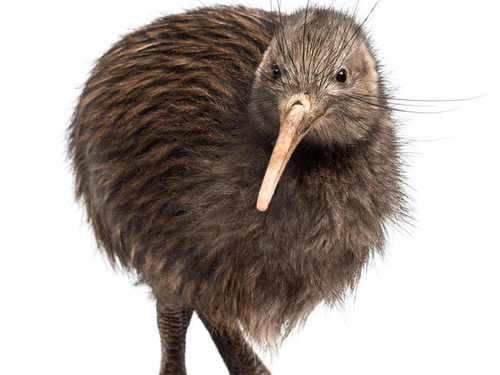