We must not forget the Barbary ape, the only monkey found in Europe; these are the famous monkeys of the Rock of Gibraltar, but whether they are truly native there, was land connecting Spain and Africa ,or whether they were at some time past introduced to thrvRock by man, s not certain.it is owing to the Gibraltar monkey that in the Middle Ages monkeys were generally pictured in Europe as tailless, for this particular monkey has no tail

The baboons of Africa include the largest of the ape and monkey race , with the exception of the man like Apes; some of them are the large as a pointer dog.the baboons are called the dog like muzzles.they walk.with all fours, the palms and soles being in contact  with the ground.commonly they go about in large troops,when they can be very formidable even to man.nor do they depend on numbers only for defence for the males are armed  with huge tusks.As they live mainly on the ground and are not good in climbing,and they are exposed to attack from leopard and other beast of prey . But can give good account of self and case are know where leopard have been attacked and overcome by few large make baboons. 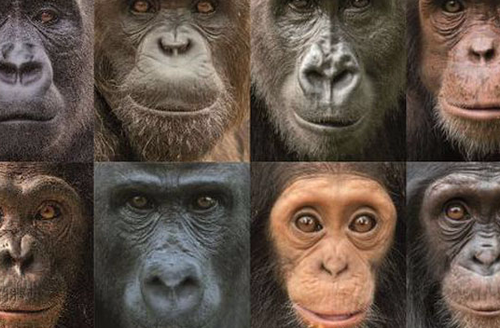